Components of a Corporation

Who is a promoter?

A person who brings about or cause to bring about the formation and organization of a corporation by:

What is the liability of a promoter?

All promoter(s) have joint personal liability for a corporation that was never formed. He remains liable on contracts even after incorporation even though corporation adopts the contract.

Are promoters agents of a corporation?

Components of a Corporation 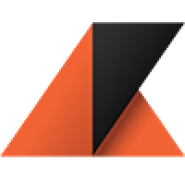 Akawnting is an educational endeavor that aims to help aspiring students reach their dreams. Our mission is to provide valuable enhancement to formal education by creating online content and resources. This way, student learning is not limited to the four walls of the classroom. We, having CPA founders, initially plan to create accounting courses to show appreciation and gratitude towards the field. However, we envision to be a leader in online education which expands beyond accounting and business.